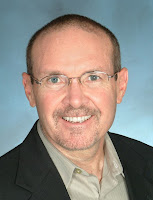 Entitlement has become more and more pervasive in our culture over the past several generations, due in part to the (misguided) self-esteem movement, but also to government’s ever expanding promise to give people things that most of them could, in fact, obtain themselves through work and perseverance. This has created dependence, which crushes potential. The further people go down the road of dependence, the more addicted they become. The tragedy is that they are miserable in this life, because it is purposeless, and they feed their addiction by wanting more and more stuff, which they in fact have no gratitude for since they have not earned it. They are also living in fear, because they have lost confidence in their ability to survive on their own. This has additionally manifested itself in a spiral of debt, as the producers are unable to sustain the addiction of the ever growing population of non-producers (Ayn Rand would call them moochers). Financially this is unsustainable, however we must, I believe, focus first and foremost on the moral implications of creating a culture of purposeless (I would say inhuman) citizens. Human beings were meant for far, far more than this.

As a business owner or business leader, you are in a unique position to create a culture in your organization that will help your employees break the addiction of entitlement and dependence, and become active participants in the business’s financial performance. Here are three steps that I recommend in order to accomplish this:

1. Teach your employees the fundamentals of business and finance, how their company makes money, and how they add (or take away) value. This will enable them to have a better understanding of how organizations actually function from a financial perspective, and dispel the common myths regarding average profit margins (most employees believe their company is making 30% to 50% profit). Typically, this will create an environment where employees are more cognizant of waste, and will help to reduce it.

2. If you want to engage your employees in financial performance, they will need to see some numbers. You may be uncomfortable sharing financial statements, and in fact, these may not be the most effective method to do it anyway. Why?

– They are too complicated for most employees to understand. In fact, there is a fairly high percentage of people on leadership teams who are not particularly financially savvy.

– They are old news. Financial statements are typically available about midway through the following month. Even if they were available the day after the month, they are still old news, and nothing can be done to change them.

– They do not focus on the leading, often activity based, measures that in fact create them.

Given these issues, you may want to spend some time identifying those leading KPIs that in fact drive financial performance, and focus employees on those. And, to be proactive, have them begin forecasting results rather than looking only at historical data.

3. If you are diligent about these first two activities, the financial performance in your organization should increase significantly. Now you can look at creating a broad-based incentive plan tied to organizational performance, because it will be self-funded.

This methodology actually requires employees to participate in the business and financial elements of the business, rather than simply the tasks they may perform in it. It allows them to be a part of driving the financial performance of the business, and furthermore, to participate in that improved financial performance by virtue of the incentive plan (and/or equity improvements if you chose to share equity). Most importantly, it creates a purposeful workforce that is now in charge of its own destiny, and no longer entrenched in entitlement, dependence, and purposelessness.

Brad Hams is on a mission to eradicate entitlement. His company, Ownership Thinking, has helped over 1,500 companies to do this, and to create cultures of earning; of employees who think and act like owners.
Prior to founding Ownership Thinking in 1995, Brad was president of Mrs. Fields Mexico, and held leadership positions in a fortune 100 company. He is a lifelong student of business and finance, and holds a master’s degree in Organization Development and Human Resources. Brad is an internationally recognized consultant and speaker, and the author of Ownership Thinking: How to End Entitlement and Create a Culture of Accountability, Purpose, and Profit (McGraw Hill, 2011).
You can reach Brad at brad@ownershipthinking.com.