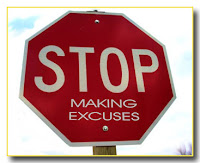 Throughout the course of my career in leadership development, I’ve had the opportunity to confront, counsel, and console a lot of bad managers. As an HR manager, I sometimes had to discipline or even fire bad managers. But those cases were the extreme ones. More often, it was as a result of a manager receiving a rough 360 assessment. Or, in the case of developing executives, it may have been a last ditch attempt to save a derailed senior manager by convincing them to work with an executive coach.

The majority of these bad managers were not really bad people. In fact, once you got to know them, they could be sincere, caring, and down to earth. Many of them, when confronted with evidence that their management skills were less than ideal, were shocked. They would need to be coaxed through the stages of denial, anger, bargaining, depression and acceptance before they could begin to start working on a plan of improvement.

Some, unfortunately, had a hard time taking ownership for their flaws. And of course, without ownership, there was little chance of improvement.

Don’t let that happen to you! Like they say, perception is reality. Or, if you’ve been called a jerk by more than three people recently, maybe you’re acting like a jerk.

Here are the most common actual excuses I’ve heard from “bad” managers to justify their behavior. Some of them may even sound like good reasons to you – but at the end of the day, they are still just excuses. As an added bonus, I’ve also included my evil twin response for each excuse:

2. “We have the worst HR/finance/budget/sales processes and policies! My hands are tied; I’m almost forced to act this way!”
In other words, it’s “the system’s” fault, right?

3. “I inherited a bad team, and bad employees make a bad manager.”
Right, and if it weren’t for those lousy HR policies, you could fire them all.

4. “My manager taught me how to manage like this, and he learned from his manager.”
So it’s Mom and Dad’s fault? You inherited your bad management skills?

5. “Honestly, I really don’t care.”
Really?! I mean, seriously? I could never really get my head around that one.

6. “I’m new, and have never had any training.”
OK, good point. Organizations that don’t provide management/leadership training are going more likely to end up with bad managers. New managers in particular tend to make a lot of naïve mistakes. But still, in addition to formal training, managers need to take ownership for their own development.

7. “This isn’t the real me – the job makes me this way.”
Then why aren’t the rest of the managers in your department having the same issues?

8. “They’re all just jealous – I got the job and they didn’t.”
Maybe a few employees were, but you’ve had plenty of time to win their respect. Also, not everyone wants to be a manager. In fact, since they’ve been working for you, none of them do, so good luck getting promoted with no successors.

9. “I am what I am, and people should just accept me for what I am. Whatever happened to valuing diversity? ”
Sorry, but we value leadership. Leadership isn’t some inherent trait; it’s a skill that can be developed through hard work. Great leaders come in all shapes, genders, and colors.

10. “There are a lot of other managers who are worse than me!”
Hmm, that’s what my kids used to try to tell me, and I never accepted that low standard.

How about you? What excuses have your heard for being a lousy manager, and what would your response be?