You are here Home » assessments 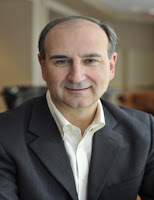 As I work with executives and high potentials, my primary focus is in identifying those unique strengths that each leader has that must continue to be nurtured, strengthened and leveraged in order for them to become the best leaders they can be while at the same time helping their organization achieve its’ goals. I am also passionately focused on identifying in partnership with each coachee those unique development needs that need to be addressed. The most effective way to change a leader’s view of themselves and what they are capable of becoming is by changing their reference reservoir. This means that they must learn to succeed. The more success they can create—the more chances they will have to interpret their success as permanent, pervasive, and personal. The key lies in getting leaders to create more positively charged references where they have no choice but to interpret both the causes and consequences of those references in permanent, pervasive and personal terms. Your goal as a coach is to get your coachee to a point where they interpret whatever setbacks they experience in less permanent, pervasive and personalterms. Your ability to help your coachee create a “more vs. less” dichotomy is based on getting your coachee to take reasonable risks—to take positive, constructive action, accept the consequences of their behavior, course correct, course correct again, and never give up in their pursuit of positive constructive change.

Achieving this is certainly easier said than done. However, a great place to start is with a positive, self-affirming value system. The self-concept consists of many elements including what we just discussed—the reference reservoir and belief system. But it also includes a leader’s value system, in which we always see their elements of character played out. As a coach, if I can isolate a leader’s value system, I will have also isolated their character—they are intertwined and cannot be separated. Great leaders—truly great leaders possess character. The word, “character” is from a Latin root that means “engraved”. A life, like a block of granite carved upon with care or hacked at with reckless disregard, will at the end, be either a masterpiece or marred rubble. Character, the composite of values and virtues etched in that living stone, will define its true worth. No cosmetic enhancement, no decorative drapery can make useless stone into enduring art. Only character can do that.

True courage—noble courage, the authentic, spontaneous act of self-sacrificial concern for the defenseless—is not fanaticism but character. Courage is not the feeling of fearlessness. It is rather the willingness of mind necessary to act out of conviction rather than feeling. I have coached many leaders who feel quite fearless but act in sometimes a cowardly manner. Conversely, I have worked with many executives who are fearful yet behave with incredible courage. Great leaders are courageous. It is beyond valor—in fact, heroism and courage are not synonymous, since there are acts of heroism every day that are acts of impulse rather than true character. The measure of true character is consistency—as we all know business heroes, public heroes, sports heroes who were bold enough to make a heroic mark but could not sustain it over time—as they misstep, fall prey to controversy, financial ruin and criminal activity. These people were never truly courageous—only brave at a point in time.  Courage is the greatest character element any leader must possess—as it is the catalytic agent that mobilizes every other virtue in the face of crisis. Knowing right from wrong is one thing; taking the right action based on this knowledge is yet another. Courageous leaders inspire their people and teams to achieve incredible new heights—it is the foundation for creating the “will do” and “must do” in people.

Where is the loyalty? Where has all the loyalty gone? Loyalty is the very fabric of community. Relationships cannot be developed, nurtured or prospered when there is no trust to glue mutuality of commitment. When loyalty is lost, the fabric of relationship unravels. Loyalty is the willingness—because of relationship commitments—to deflect praise, admiration and success onto others. Loyalty is a two-way street—it must function both upwardly and downwardly. Upward loyalty is shown to your boss. Are you willing to allow your boss to take credit while sometimes taking the blame? If a mid-level executive shows any disloyalty—either upward or downward—the fabric of community in that organization will begin to erode.

In my coaching work, I sometimes encounter an executive who is looking for the quickest, shortest way….the easiest way….the way that will produce the greatest returns for them….and on and on. I tell them directly there are none that exist. There are no short-cuts to achieving anything worthwhile and there are countless stories of CEO’s, senior executives, and entrepreneurs who are quick to reinforce this undeniable notion that there is no substitute for hard work. When I encounter these executives, I get them connected with leaders who can share their experiences in vivid detail so they begin to vicariously experience both the positive and negatively charged references that give them a dose of reality and perspective. Diligence is a necessary—but not sufficient—condition for achieving leadership excellence but it does provide the leader with a solid foundation that will serve to minimize the depth of their setbacks. The diligent leader is a steady performer, and the steady performer is a finisher. Great leaders want accountability and are serious about their obligations—unfortunately there are many managers who are spiraling to lower maturity because of their unwillingness to finish—to be held accountable and follow-through on their obligations.

Modesty means living within limits. It is the opposite of being “bold”—putting oneself forward in the sense of aggressiveness or presumptuous. It is the opposite of arrogance. The greatest leaders are confident but they recognize that they are also not too good, too big, too rich, too powerful to be open to the views and perspective of others all aimed at self-improvement and organizational improvement.  Modest leaders see fiscal and operational constraints as safeguards—not hindrances. Modest leaders are able to invoke their own limits as they begin to realize again through positively charged references that greater individual and team results will be realized. Modesty is also a key counter-balancing mechanism that keeps a leader’s emotions in balance. I have coached countless executives in how to acceptand adopta more immodest, prudent view of themselves and the operations they run and the absolute key in getting them to transform is helping them see that it is their own need for attention that drives their arrogance and the results they are achieving are less than if they had adopted a more calm self-acceptance approach in handling challenges.

There is a line between shrewd business and dishonesty. However, it is not nearly as fine as we think. Great leaders work hard to bend over backward for honesty as they realize truth and honesty are the pillars upon which relationships, teamwork, and positive energy are built. Great leaders are comfortable missing out on deals rather than to use deception to win. Great leaders would rather make a minor profit with honesty than a major one without it. Exaggerations, padded expense accounts, deliberately shaved tax forms submitted without hesitation, showing up for work late, leaving early, and theft of company property (which now reaches into the billions annually) are all acts of dishonesty. Mature leaders create an environment in which they themselves live and promote a truthful, above-board, honest existence.

Great leaders demonstrate enormous respect and appreciation for the sum of all their references (both positive and negative) as they know in their mind and heart that the very essence of who they are is inextricably tied to the sum of their experiences. They know and respect that they have learned to grow and mature as leaders through the highs and lows and they appreciate their reference reservoirs as nothing more than a ratio of positively charged references divided by all of their experiences. It’s a batting average. Just like a batting average, the higher the better but much can be learned by striking out every now and then. In fact, it keeps us in balance and we appreciate the hits all that much more with a healthy dose of setback. This is one of the great challenges I see with younger executives who desire way too much, too fast—as many are just unwilling to see the value in experiencing setbacks—it slows them down but the setback teaches contrast, it teaches gratitude for all experiences and special gratitude when the “hit” actually occurs. Gratitude as an element of character is also at the root of providing praise and recognition to others (more on this later when we discuss Demarcation). Saying “thank you,” “I appreciate you hard work,” originates from this element—it requires selflessness but showing honest gratitude to your people and your team will propel them to new heights.

John Mattone has over 30 years’ experience in the human capital, talent management and leadership development industries, as an entrepreneur who has built two successful human capital consulting firms, an as executive of a multi-million dollar human resources consulting firm, and as a leading industrial psychologist and respected worldwide authority in executive assessment, coaching, succession management and HR predictive analytics.  Join John at TMA’s upcoming People in Financial Services Summit, October 26-27th, 2011 in Las Vegas and People in Energy Summit, November 29-December 2nd, 2011 in Houston, Texas.  See all of TMA’s upcoming events here, or view all of TMA’s Senior Faculty bios here.
« “Fun” at Work
10 Ways to Sabotage a 360 Assessment »
AFTER ENTRY