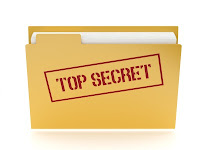 I have a confession to make. When I was an HR Manager, I used to look up how much money people in my company made.

Sure, mostly I had to, as a routine part of my job. I had to help managers determine how to divide up tiny merit pay budgets, administer bonus plans, and establish pay for job offers.

However, there were those times when I was just curious to see what that guy over in procurement was making that was always giving me a hard time. If I found out he wasn’t making much, I was more likely to cut him some slack. However, if he was making more than me, I was less tolerant, and expected him to earn those big bucks.

At the time, I wasn’t violating any policy, although sometimes I felt like a peeping Tom. Maybe airport screeners feel the same way.

When I left HR, I heard they made a rule that said HR could no longer “salary surf”. That is, unless it was for a specific job related need, no more peeking. Apparently I wasn’t the only one with a need to know.

Most companies guard compensation information like Coke guards its secret cola formula. I did too. Loose lips sink ships and all that. Having been involved in succession planning work most of my career, I know the importance of confidentially and can keep secrets as well as anyone, even when subjected to corporate waterboarding. I may have peeked, but I never shared.

I once heard a consultant suggest that HR should post everyone’s salary on the company intranet. At the time, I thought the suggestion was naïve, disrespectful, invasive, and potentially destructive. Can you imagine the chaos and anarchy that would result if anyone could peek at anyone’s salary? It might even contribute to global warming.

Manager: “Sue, I can’t give you an increase, because it would put you at the top of your range.”
Employee: “Really?” What’s my range?”
Manager: “I can’t tell you that.”

Well, guess what? I now work for an organization where every year, the local newspaper publishes a complete list of what every employee makes. It’s called a public university. Apparently this is quite common in the transparent world of academia. Or perhaps it’s just unique to New Hampshire, with a motto like “live free or die”. They publish all of the state worker’s salaries as well.

Now, instead of just my coworkers knowing what I make, my friends and neighbors will know as well. BTW, before you develop eye strain trying to find my name, the most recent list is from 2010, before I started.

The funny thing is, when you lift the veil of secrecy, after the initial curiosity, it’s not a big deal at all. Work still gets done, people don’t obsess over it, and maybe it even helps create a greater degree of accountability. I guess people just get used to it.

But I’m not totally used to it yet. I still feel like the public has no business knowing how much some firefighter makes. However, if we all knew what each other made, would it really matter? With Zillow, we know how much our neighbors paid for their homes. Publicly traded companies publish their officer’s salaries in their annual report. We know how much professional athletes and entertainers make.

In these days of Facebook, we have entire generation entering the workforce that doesn’t seem to care about sharing the most personal aspects of their lives with the world.

Maybe that consultant wasn’t so wacky after all. It could change the way we introduce ourselves at training programs, networking events, and game shows. “Our next contestant is Jack, a real estate agent from Spokane, Washington, who didn’t have a very good year last year, making only $23,000 in a tough market.”

How about you? Can anybody give us one good reason why companies shouldn’t publish every employee’s salary?