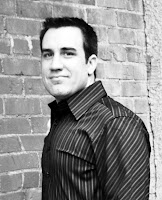 I couldn’t decide which of these two guest posts by David Burkus to select – so I made the easy choice and picked them both. A “BOGO”: buy one and get one for free. They’re short reads – but I really liked them. Hope you enjoy!

The other day I was involved in a huge debate over SMART objectives. This clever acronym was developed, and then grossly over-used, to describe a criteria for effective goal setting. Simply put, objectives ought to be specific, measurable, attainable, realistic and timely. Our argument centered around the measurable element. My debate foe argued that this meant all objectives had to have a numbered component. Whereas I argued, quite deftly, that a “Yes or No” objective counted as measurable. If you set a goal like become the top ranked office in the region, then you’re measurement is built in: you either did it or didn’t do it.

After reminding him that a “Yes or No” objective could be considered a binary numbering system, I realized the problem with SMART objectives. In an attempt to clarify goal setting, the anonymous authors of this daft acronym actually muddied the waters. Most who bow down at the alter of SMART do so only after vigorous debate about what objectives are SMART, or even what SMART stands for.

I prefer a much simpler test of valuable objectives: the champagne test.

In the champagne test, you set an objective and then test its value by asking “how will our people know when to crack open the champagne?” In essence, you ask how we know if we hit our objective. Consider one of the most renowned objectives of the past century: JFK’s 1961 call to “put a man on the moon.” One can debate whether this goal was SMART, but one can not challenge the certainty of knowing when to pop open the cork.

(Copious thanks to Chip and Dan Heath for introducing me to the concept of the champagne test.)

The other day I was listening to an interview with Henry Mintzberg, legend in management thought. Mintzberg said a plethora of things I am still processing but one thing in particular struck me. Mintzberg said it quickly and then moved on, but my mind won’t let go as quickly as he did.

“Micromanaging isn’t a dangerous as macroleading.”

There’s a near consensus that micromanaging is gone. Whether you pull from empowerment advocates, motivational models or just plain common sense, individual contributors most often want to be given the right resources, told the objective, and be left alone to work. The exception of course being in the early stages of a new work assignment, when supervision and feedback are needed as part of training. Micromanaging can cause decreased in performance and maybe even increases in turnover.

But is macroleading even more dangerous?

Mintzberg defines Macroleading as when leaders get so focused on setting strategy and vision that they remove themselves from the front lines and eventually develop a vision for the organization so out of touch that the rest of the organization fails to buy in…or worse buys in but is incapable of taking any steps toward realization. Macroleadership sets a vision and hopes that performance toward the objective may occur. Yet, if no one knows where to go, then the leader’s efforts have been futile.

Perhaps Mintzberg’s is right. Though the temptation is to stay away and not micromanaging, perhaps leaders need to get involved on the front lines, understand what’s realistic, and then begin doing all the fancy stuff we associate with top-level leadership.

What do you think: micromanage or macrolead? Which is worse?

David Burkus is the editor of LeaderLab, a community of resources dedicated to promoting the practice of leadership theory. He is the author of The Portable Guide to Leading Organizations, the newest release from LeaderLab. He can be reached at david@davidburkus.com.