You are here Home » talent management 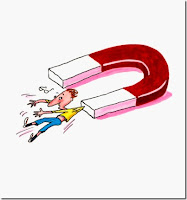 Some companies consider it unethical and bad business practice to recruit out of a competitor’s talent pool. Others disagree, saying that it’s a legitimate and necessary part of doing business.

I’m no expert in external recruiting, so I’ll leave that debate to the experts.

However, what about the concept of “internal poaching”? What’s wrong with a manager hiring a star performer from another part of the business?

I think it’s a matter of courtesy, protocol, and teamwork.

If you’re a manager who has a reputation for treating your employees fairly and with respect, providing challenging development opportunities and meaningful work, and helping your employees achieve their career goals, then top performers are going to be more likely to want to work for you. That’s one of the rewards of being a good leader. You can attract and retain top talent. You’re a talent magnet.

The best managers also don’t wait for a position to open up to start recruiting. They are always on the look-out for top talent and rising stars. That way, when something opens up, they can just turn to their “virtual bench” and start making calls. Positions get filled quicker, and you have had the benefit of getting to know and assess the candidate well before the formal interview process.

Employees that work for these managers tend to get promoted as well, which again enhances the manager’s reputation as a talent magnet.

So when does a talent magnet cross the line and become a talent poacher?

Back when I was an HR manager, a very angry executive showed up in the office of the executive I was assigned to support. My exec was new to the company, needed a top engineer, and reached out and made an offer to a hot prospect from another business unit. He did it without talking to his peer first. In fact, being new, he had never even met this other exec. He found out that this engineer was right in the middle of a critical project, and transferring that engineer would put the company at risk.

We were poachers. It was a painful lesson learned indeed. It was a source of friction between these two execs and it put the employee between a rock and a hard place.

I’ve also seen this happen when management teams conduct talent reviews and/or share their high potential lists with each other. When one starts hiring from the other and not giving up anything in return, they get a reputation of being selfish and not to be trusted.

If you’re going to talk to an employee about opportunities, you really should talk to the employee’s manager first. It’s considered common business courtesy. Most managers won’t block an employee from pursuing other opportunities, but they will always appreciate the respect you’ve given them. And you never know – there may be a legitimate business reason, or maybe even a performance issue that would make you reconsider.

Now if you post a position, and the employee applies, then all bets are off. Yes, some companies have a policy that says an employee’s manager has to approve before the employee can apply. That’s usually just to make sure the employee isn’t going to waste the hiring manager’s time if they are not qualified, or if they are having performance issues, or haven’t been in their current position long enough.

I know managers play games with this subtle difference. Sometimes, they will approach an employee first – and then try to cover it up by saying the employee made the first contact. You might get away with this once, but eventually it will catch up to you.

When it comes to high potential pools – consider them like kind of a co-op. You need to put in as much as you take out. You can’t be greedy.

What do you think? In the “war” for talent, is the concept of internal poaching outdated? Is “courtesy, protocol, and teamwork” just another way of describing “the old boy’s network”, or playing politics?

Or should managers be expected to work as a team and look out for the greater good of the organization?

Note: Inspiration for this post came from an exchange with productivity guru Laura Stack.

« Using Reinforcement Well – In General, Be specific
10 Dysfunctional Characters at a Talent Review Meeting »
AFTER ENTRY