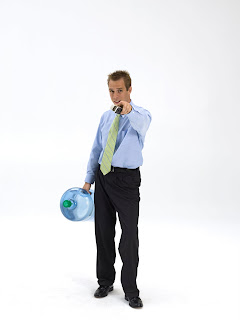 Hello. I’m Jeff Havens, here to help you become the worst you can be. Today we’re going to focus on how to more effectively criticize others. Now I’m sure some of you are thinking, “That doesn’t seem very nice.” And it isn’t. That’s not the point. Pay attention, people, the purpose of this article is to help you uncrapify your life, not anybody else’s. And seriously, what could make you feel better than making those around you feel bad? This is something you’ve been doing since you were a child. But until now your efforts have been those of an amateur. I, however, am a professional. I’ve been criticizing people for a living now for the past seven years, and I’ve developed a foolproof system to help you feel better at the expense of those around you.

The first step is to frame your criticism with a well-chosen phrase that makes it sound like you’re actually trying to help the person you’re about to insult; that way, you will get the most pleasure out of their shock and pain. “No offense…,” for example, is an excellent choice for two reasons. First, nobody in the history of the world has ever said “No offense…” without following it with something moderately or entirely offensive. But more importantly, if the person you’re talking to gets upset, it’s really their fault, isn’t it? You weren’t trying to offend them – you just said so! – and they should really try to lighten up a bit. It’s airtight, and there are a lot of other phrases that are just as effective. “Don’t take this the wrong way…,” “I don’t mean to sound rude…,” “This isn’t going to sound the way I mean it…” – you get the idea.

The second step is the actual criticism itself – the meat of the insult, the heart of the wounding. All you have to do here is be original and descriptive. You want to hit people with something they aren’t expecting. “I don’t like you,” for example, is a very common insult, and as such is relatively ineffective at getting a reaction out of people. But if you were to walk up to a family member or coworker and say, “Don’t take this the wrong way, but I hope you contract an intestinal parasite” – you’ll get so much more joy out of the expression on their face. The best insults take time to formulate, but the reward is well worth the time and trouble.

Now I suppose this approach could work both ways. That is, you could theoretically create original, descriptive, and meaningful compliments and praises for those around you. All of us need to hear those things from time to time, and just about anything is better than a half-hearted “Good job!” that sounds more like a way to fill silence than it does an earnest attempt at sincerity. I mean, just imagine the difference that a single word can make. “I love you” is well and good, but you’ve also said it a million times. But when was the last time you told your children or your spouse “I adore you,” or “I cherish you”?

No. Never mind. Forget I said anything.

Jeff Havens is a former comedian turned college and corporate speaker. His newest book, How to Get Fired!

: The New Employee’s Guide to Perpetual Unemployment, is available in all popular retail outlets and online at www.amazon.com and http://www.jeffhavens.com/.

« The September Leadership Development Carnival Back to Football Edition
Reorganizations: Don’t Just Shake up the Bird Cage »
AFTER ENTRY