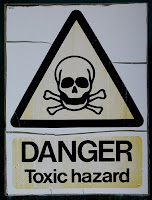 In a recent post, I was surprised by the number of SmartBrief leaders (11.74%) that chose “The high performer who is rapidly rising” as their most challenging team member to lead.

My response was “really?!”

Yes, it can be somewhat challenging to keep a high performer challenged and motivated, but come on, that’s the fun part of leadership. When you have an employee that handles every challenge you throw at them, is thirsty for development, and consistently exceeds your expectations, that’s leadership nirvana. I once heard these employees described as “self licking lollypops”.

Give me a team of “A” players ANY day, and I’ll gladly accept those “challenges”.

Yes, true “hipos” tend not to stay in one place for a long time – they get “pulled” into larger and better roles – but so be it. I’d rather have 1-2 years of outstanding performance from one of these “A” players than a team of average performers or slackers and no turnover.

I also pointed out that true hipos tend NOT to be arrogant, have over-inflated egos, or irritate their team members. If they did, than I wouldn’t consider them to have high potential.

A few of my readers were not quite satisfied with that response. Here’s a comment from Tim that sums them up pretty well:

“I agree that this is not a description of a true “great performer,” there are people who individually do a great job of meeting their own objectives, but simultaneously hurt others. Maybe it’s a sales guy who has great numbers but is abusive to others on the team, or the brilliant engineer who won’t get behind any product development idea that isn’t his own. Perhaps we can title this character the “Toxic high performer.” I believe that this situation presents a significant leadership challenge – I’d also be interested in hearing your thoughts on this.”

OK, so for the purpose of this discussion, we’ll use the term “toxic high performer”. I’ll expand on Tim’s examples:

 The technically brilliant scientist or engineer, who owns stacks of patents, but can’t or won’t collaborate as a part of a team

 The plant or branch manager that consistently meets or exceeds his/her performance goals, but cuts ethical corners and employees can’t stand working for them

 The trainer with the advanced degree and 20 years experience, who can design cutting edge, state of the art programs, but causes friction on a team and is always complaining about the company, coworkers, and management.

Do these people sound familiar? They sure do to me. Folks, I really do get it – it’s just that I refuse to accept the premise that these employees are “top performers”, at least not by my definition, and I blame a lack of leadership for allowing them to get that way.

I think we first need to define what’s meant by “performance”. It’s not just hitting or exceeding your performance goals. It’s also the behaviors or values used to reach those goals. For a manager, it would things like integrity, respect for others, collaboration, teamwork, and developing others. For the salesperson it would be partnering, teamwork, referrals, administrative excellence, and after-sale customer satisfaction.

When Jack Welch ran GE, he held his managers accountable for results AND values, and was willing to discipline or fire a manager that was making their numbers but doing it in a way that didn’t adhere to GE values.

A lot of companies develop and publish lists of values, competency models, and behavioral expectations, but few will hold “high performers” accountable to them.

I’ve seen performance management systems that put a weight on both – sometimes it’s 80/20, 60/40, or even 50/50. Yes, it’s harder to measure and assess behaviors – but even attempting to get it right at least sets the expectation that both are important.

There are other ways to cut your high performers some slack other than lowering behavioral expectations, and I think smart leaders know how to do this. They give them more flexibility in their schedules, more latitude in how they get the job done, more say in policy and strategy development, and the freedom to stay from rigid processes and rules that were probably designed to prevent poor performance (which shouldn’t be an issue with your high performer, so they’ve earned a free pass).

However – when a leader turns their back on a high performer’s “toxic” behaviors – then they are getting exactly what they expect and deserve. Everyone else will soon catch on that the values plaque on the wall is worthless, and all that really matters is results.

When that happens, then yes leaders, you will have a BIG challenge to deal with.

One more thing – what if you’ve inherited someone else’s prima donna? It needs to be handled the same way as any other performance program that was ignored by a previous manager. You’ll need to establish new expectations and hold the employee accountable.