You are here Home » high potentials 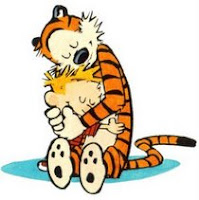 I’ve been writing a lot about high potential, high performing employees lately. Although some hate the use of labels, I’ve referred to these employees as “hipos”, “A players”, and even “self-licking lollipops” (ugh!).

A lot of managers make the mistake of thinking that during times of change, their top performers would be the least likely to need reassurance. That’s a major mistake, and could lead to turnover of your most valuable people when you need them the most.

What are some of the major changes that can make your top performers jittery? Certainly layoffs would be the obvious choice, but they could also include mergers, acquisitions, a change in CEO or manager, a new job or responsibility, a change in process, or any change that could have someone wonder where they stand.

Why in the world would a high performer have anything to worry about? Let’s say a 10% reduction in force is announced. That means 9 out of 10 employees will not be affected. Not a problem, right? Very wrong.

While this may not be true in jobs like sales or sports, where public performance stack ranking is commonplace, in most jobs, there’s no visible scorecard that tells us where we stand.

As managers, we often take our high performers for granted. Again, we assume they know they are good – and don’t need to be told. In fact, a lot of managers seem to feel it’s their job to keep their high performers humble and grounded – "so they don’t get too full of themselves" – and end up being overly critical and stingy with the praise (I've often wondered if this is really insecurity on the part of the manager).

To make matters worse – managers often are told by HR that when if an employee is identified in a succession planning process as high potential, they are not allowed to tell them. They take that to the extreme – and it makes them gun shy about saying anything encouraging to the employee.

I also know there are companies that train their managers that when a layoff is announced, they are not allowed to give their high performers any kind of assurance (and most probably do anyway). Again, its risk management to the extreme. The thinking is “well, you never know”. You can’t say anything until you go through the formal ranking and selection process, and all notifications are given at the same time.

All of these factors add up to a perfect storm of high performer insecurity – and the possibility that your best people could bolt. It’s way too late to offer reassurance during an exit interview.

So what’s a manager to do? How about retention or “stay-on” bonuses? Personally, I think they are a waste of money. They can even be perceived as a bribe, and insulting.

What your top performers really need to hear during times of chance is that they are valued. Let them know how good their performance is, how they are perceived by others, and what a promising future they have with your company.

One of the major reason employees are looking to leave their present employer is a perceived lack of career growth and development (often blocked by a lousy manager). Talk to them about their career and development goals, and make sure you regularly review their individual development plan.

During times of change, we’re told as leaders we need to get out and be visible and over communicate. While that’s true, we especially need to make sure we are meeting with our high performers individually and asking them if they have questions, concerns, and how they are reacting to the change. You need to read between the lines and pay attention to the subtle clues that the employee needs reassurance.

Let them know that you need their support. If possible, get them involved in the change – or at least solicit their input and ideas.

That’s all it sometimes takes – maybe 10 minutes of your time as a manager. A little praise, a little listening, little reassurance – and maybe a hug (metaphorically of course).

« Managing the “Toxic High Performer”
Defensive Driving for Leaders: Watch Out for Your Blind Spots »
AFTER ENTRY