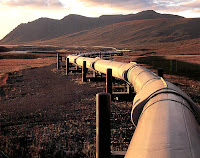 We make a lot of assumptions about “high potentials”, such as:

I’ve heard every one of these statements made about high potentials – from managers, HR, and those responsible for talent management. I may have even muttered a few of them under my breadth myself. But what about those who have been identified as “hipos” – have we ever asked them for their opinions on what being high potential means to them?

The Center for Creative Leadership did. During an eight month period from October 2007 through May 2008, information was collected from 199 participants attending CCL’s open-enrollment leadership development programs.

After having managed high potential programs and individuals for over 20 years, as well as my own direct experience as “one of them”, I found the findings to be very interesting.

Here’s a summary from CCL (you can read the full report here):

2. High potentials expect more development, support, and investment – and they get it.
High potentials receive more development opportunities – such as special assignments and training as well as mentoring and coaching from senior leaders – than other employees. This is as it should be, according to the respondents: 84 percent of high potentials agree that organizations should invest more in them and other valuable talent. The extra investment is one reason why being formally recognized as a high potential is considered important.

3. High potentials feel good about their status – but it has its downside.
Survey respondents generally expressed positive feelings about being identified as a high potential by their organization. At the same time, the designation isn’t exclusively a win for those in the pipeline. For some, there is a feeling of increased pressure or anxiety around high expectations or performance; others experience frustration around the organization’s unclear intentions.

4. High potentials are more committed and engaged when they have a clear career path.
The most frequently mentioned way to increase commitment and engagement among all high potentials is to help them identify a career path. High potentials want to have a picture of where they are going and to understand next steps in terms of development, experience, and movement. In addition, as high potentials receive greater responsibility, they are also looking for greater authority to make decisions that have a significant impact on the organization.

5. High potentials help develop others.
While high potentials are the recipients of increased opportunities and investment, they are also talent developers in the organization. Many (84 percent) are actively identifying and developing potential in others. They have insight and experience that is needed for developing the next layer of high potentials, as well as the larger talent pool.

My recommendations:
We need to be careful about making policy changes based on a relatively small sample. Every organization is different, and there are no black & white, cookie-cutter answers when it comes to the management of high potentials. However, given the results of this research, as well as my own experience, I would recommend the following:

1. When choosing between full disclosure and cloak and dagger, lean towards creating as much transparency as possible. The advantages of telling them just seem to outweigh the potential risks of uncertainty. You’ll get higher engagement and commitment, better retention, and higher performance. So what’s not to like? Sure, there’s always going to be the risk of creating a little prima donna, but if that happens, I would seriously question that individual’s ability to lead.

2. Differentiate when it comes to leadership development. High potentials need it, they expect it, and the investment will give you a higher ROI than if you spread your resources around like peanut butter.

3. Expect a lot from your high potentials. Yes, it does create a certain degree of pressure, but again, they want it and will thrive on it. One of those expectations should be the development of others. I have to admit, I’ve always been a little gun-shy about asking hipos to be mentors and coaches. I’ve been concerned with putting too many demands on them, and had doubts if they would be as motivated to help others as they would themselves.
However, after reading this research and reflecting back over my own experience with high potentials, it’s going to happen anyway. People who want to get ahead and learn are going to gravitate towards high potentials. In most cases, they are all too willing to help out.

How about you? Do the research findings challenge any of your assumptions about the management of high potential talent? Do you agree or disagree on my recommendations?