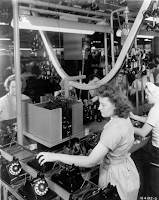 I was in a meeting recently and we were discussing the potential impact of a new management initiative we were about to launch. I made a reference to “the Hawthorne Effect”, and half the room, mostly the gen Xers and Ys, had no idea what I was talking about. The crickets were deafening.

Now THAT was a senior moment.

It did make me wonder about the staying power of management models, processes, skills, and conventional wisdom and ask myself a few questions:

1. Should a good management or leadership theory stand the test of time? At the end of the day, will the competencies required for great leadership ever really change from what was required for Hannibal to lead his men across the Alps?

2. As practitioners in management & leadership development, if we don’t build a foundation of “givens” within our profession, don’t we run the risk of always chasing after the latest fad or flavor of the month?

3. Do we need to keep coming up with new labels that basically mean the same thing (e.g., delegation > empowerment > distributed leadership )?

4. What was the greatest thing before sliced bread?

5. After they make Styrofoam, what do they ship it in?

To some extent, I would have to say “yes” to the first three questions (#4 & #5 courtesy of Steven Wright). There are way too many people in our field that are not true professionals – they don’t do their homework, and rely too much on their own personal experience. They’re the ones who tend to jump from one fad to the next, enthusiastically promoting each one with an almost religious passion.

However, there’s also a danger of not keeping up with the times and sticking with models or skills that really have outlived their usefulness. At best, you run the risk of coming across as a dinosaur when you explain a management model that was developed in the 1920’s to a group of Millennials. Even worse, you may be relying on models that really don’t apply in today’s world.

As for coming up with new names that mean the same thing as something else…. So what? Is there really anything wrong with that, as long as it’s been repackaged in a way to make it more appealing to a new generation? I’m thinking we’re better off keeping our mouths shut, instead of trying to prove how smart we are. Besides, when you’re over 40, it’s not good a good career management strategy to be caught saying things like:

Getting back to Hawthorne…..

According to my Google Analytics statistics, this blog has a lot of gen X and Y readers, so chances are, you’ve never heard of the Hawthorne Effect. Here’s an explanation, from About.com:

It’s a term referring to the tendency of some people to work harder and perform better when they are participants in an experiment. Individuals may change their behavior due to the attention they are receiving from researchers rather than because of any manipulation of independent variables.

This effect was first discovered and named by researchers at Harvard University who were studying the relationship between productivity and work environment. Researchers conducted these experiments at the Hawthorne Works plant of Western Electric. The study was originally commissioned to determine if increasing or decreasing the amount of light workers received increased or decreased worker productivity. The researchers found that productivity increased due to attention from the research team and not because of changes to the experimental variable.

So can we still rely on this study to guide our decisions today? To some extent, I’d say yes. If you put a lot of focus and attention on something, people will realize it’s important and change their behavior accordingly. It’s called “inspect what you expect”. That part still fits.

However, today’s workers and working conditions are VERY different than the early factories of the 1920s. In today’s knowledge-based society, employees are much more used to being treated with respect (hey, it’s all relative) and having more autonomy in how they perform their work. The rate of change has also accelerated, so we’ve built up more of a change tolerance and immunity to the effect of small changes.

It’s also important to note that later research into the Hawthorne effect has suggested that the original results may have been overstated. In 2009, researchers at the University of Chicago reanalyzed the original data and found that other factors also played a role in productivity and that the effect originally described was weak at best.

Yikes, in some ways, it seems like management and leadership advice is about as useful as advice from nutritionists and health experts. Is coffee bad or good for you?

So what’s a practitioner do to? I’d recommend:

1. Be a lifelong student of leadership development

2. Read and respect the classics and keep up with the latest

4. Never start a sentence with “when I was your age….”

How about you? Can you think of a "classic" management model that's timeless, or one that no longer is relevant?