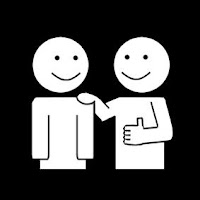 This is the last of a 5 part series about some of the little things you can start or stop doing that can make a BIG difference on how you are perceived as a leader.

The previous posts were:

I have to tell you, this has been a much more challenging exercise than I thought it would be. I had a few things in mind when I came up with the idea, but after those, I really struggled to come up with 5. The problem is, leadership isn’t easy. The things that matter the most are often the hardest to learn.

Leading change? Good luck with that one.

How about presentation skills? How hard that that be? While it may be one of the relatively easier leadership competencies to master, it still take a LOT of hard work, technique, and practice.

How about coaching? Nope, damn hard to learn.

Even the simple one’s I came up with can take a lot of effort to do consistently well.

I thought about stopping at 4 and hoping no one will notice. Instead, I accepted it as a leadership development puzzle to solve.

So last night I sat down with a pad and once gain asked myself – “What could I possibly teach someone in 15 minutes or less that if they did it, it would make a significant difference in how they are perceived as a leader?”

I actually came up with about a dozen more ideas. Things like “watch your language and tongue”, and “develop a good posture and handshake”… good stuff, but not very impactful.

I then looked at a few leadership 360 assessments questionnaires and competency models to see if any of my items were included.

And then I found it! The one that stood out the most?

It meets both criteria:
It sure is simple to learn. Try this: say “Thank-you”. Now try “Thanks a lot”. And then try “Nice job”. Easy, right?

Hey, we’re only two minutes into the lesson, so we still have time to learn some of the nuances of praise, like:

But let’s not overcomplicate it. Try taking baby steps. Set a goal to praise one person a day, either at work or home.

2. It makes a BIG difference. I don’t care what generation you’re from, X, Y, Z, or whatever, or what culture, race, or gender, EVERYONE values recognition and praise. It’s a mega-motivator.

However, for some reason, it ‘s often rated as one of the lowest skills in leadership 360 assessments and employee surveys. I don’t get it – it doesn’t cost anything, there’s an unlimited supply, and people crave it like a drug.

Leaders, give it away like candy!! Some interesting things will begin to happen. People will start to respond to you in a more positive way.

But wait….. I’ve had managers say to me “what if I overdo it?” Yikes, that would be a disaster. Think there’s a chance of that happening? How many of you have ever been praised TOO MUCH my a manager? Right.

I hope you enjoyed the series. Not that I’m like, fishing for compliments or anything…. (-: