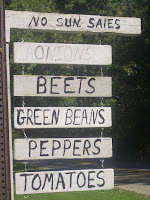 I love this guest post by Erik Wesner - a great leadership lesson! Looks like an interesting book too.

I recently gave the teenage son of an Amish friend a lift. Amish don’t drive of course, but generally have no problem accepting rides.

We had a big day planned: first stop was a carriage shop in the heart of the Lancaster County settlement, where “Elam” as we’ll call him, would order a new buggy. A younger brother was turning 16, which meant he’d inherit Elam’s vehicle, clearing the way for Elam to get a new one (the tab for a new buggy, in case you were wondering? Around $7-8000 or more, depending on the features—and there are more than you might think).
Next, we were meant to stop at a hardware store, where he had a $150 gift certificate to spend. The gift certificate was a present from his boss on the local carpentry crew where he’d worked a little under a year.

Curious, I asked Elam some more about the gift. It was a year-end bonus he had received as a thank-you for work well done. As he spoke about his boss, Elam nearly bubbled over, going on and on in warm tones. Something about the man had obviously moved him.

As he continued, I learned that on another occasion he’d received a titanium hammer, tough and light for a more efficient drive. Another nice plus, but I sensed the gifts weren’t the root of this young man’s affection.

I tried to dig deeper. “What exactly is it about him that makes him a good boss?” I asked.

After a few stops and starts, he explained as best he could that it was the fact that he didn’t “act” like a boss. He wasn’t afraid to get his hands dirty. From time to time he’d show up to work on jobs with his employees.

While there, he’d follow his own foreman’s instructions—essentially subjugating himself to one of his own employees, who, he was able to recognize, knew more of what was going on and was in a better position to make decisions on that particular job.

The Amishman realized that he didn’t know everything. He let the people he put in charge do the work he’d entrusted them with. He was a boss without being bossy. He was a humble leader.

Even at his young age, Elam could sense that his leader was special. Having listened to his explanation, I was hardly surprised. Among Amish businesses, humble leadership is nothing unusual.

Amish run 9,000 companies across North America, everything from roadside produce stands to large manufacturing firms and furniture makers producing upscale goods for national markets. Amish have shifted from agriculture into entrepreneurship over the past few decades, as large families and rising land prices have put farming, long considered the ideal occupation, out of reach for many.

Yet those firms have thrived, with a success rate measured at over 90%. One reason Amish have done well is the environment they foster in their businesses. Leadership by example is second nature in this community. Talk to an Amish businessperson about his on-the-job philosophy, and “I’d never ask you to do something I wouldn’t be willing to do” is an idea that comes up again and again.

One Amish manager, Jonas Lapp, shares his thoughts. You should pick up trash on the job, he explains. Jonas doesn’t do it all the time, but when he does, his men notice.

Amish builder Ezra Miller’s 18 employees have been with him for an average of 9 years. Ezra’s personal touch is evident in everything from the occasional on-the-clock breakfasts out, to his willingness to work with youth who may have struggled elsewhere.

And while the businesses Amish run are labor-intensive and craftsmanship-oriented, dictated by the 8th grade education level typical of the community, the principle remains the same whatever the business. “Doing the dirty work” translates to anything that shows humility (spending an hour in sales calling prospects, staying late so an employee can take off early for a daughter’s recital, tidying the lunch room, and so on).

Everything from the uniform clothing they wear to the messages they hear during the 3-hour Sunday service encourages the idea of humility in Amish society. So it may come as second nature. But it’s hardly an exclusively “Amish” trait.

It doesn’t have to be every day. But when you do come down off the perch, even the little things get noticed. And you certainly don’t have to drive a horse-and-buggy to practice humble leadership.

Erik Wesner is a former sales manager and nationally-recognized Amish researcher. His just-released book Success Made Simple: An Inside Look at Why Amish Businesses Thrive

was recently profiled in Time magazine. Find out more at amishbusinessbook.com.