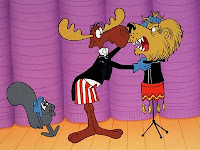 This is the 4th of a 5 part series about some of the little things you can start or stop doing that can make a big difference on how you are perceived as a leader.

When I first started training new managers, we used a DDI program called “Interaction Management”. One of the program’s three “Key Principles” of leadership was “Ask for help in solving the problem”.

According to DDI, “Showing trust is the best way to receive trust in return. Leaders who don’t try to solve all the problems themselves but instead involve the employee or team show trust. Involvement builds commitment.”

At the time, it seemed overly simplistic and somewhat contrived, but being a new trainer with no real management experience, I stuck to the script and enthusiastically promoted the concept. We even had managers role play asking for help, as if they were learning some new language.

Little did I know how important that simple concept could be for a leader, and not just for new ones, but experienced senior leaders as well. Just like Bullwinkle, it was the right trick, but it’s often poorly executed.

I can’t tell you how many times I’ve had meetings with senior leaders and at the end of the hour, not once did they ask me for my opinion. I once even timed a new VP. It took 57 minutes (in a one hour meeting) until he finally said “So what do you think?”, as he glanced at his watch. At least he remembered to ask.

Tom calls the concept The 4 Most Important Words. “The four most important words in any organization are “What Do You Think?” Why are these words so important? What you are really saying is “you are a person of value that has an opinion that I want to hear.” Remember (and use) these four words and you will benefit enormously. “

I really like the way Tom has made it easy for leaders to apply this concept. Just memorize 4 words and use as often as possible.

Asking for the opinion of others – especially your direct reports – is a show of respect and a powerful motivator.

Just remember that when you do, you have to actually mean it. Ask early, not after you’ve already made up your mind. Listen for possibilities, not for points of disagreement.

Always express your appreciation. If it’s a misguided idea, then use it as a coaching opportunity. If it’s a keeper, than make sure the person gets credit for the idea.

OK, so maybe it’s not so simple. For now, just say the words. Try it at home too. The, sit back and listen. Listen for the non-verbal feedback as well - the energy level, the body language, the tone, and expressions. You’ll see what a big impact you’ve had as a leader.

« Can a Woman Leader Be Successful and Happy?
The Little Things Make a BIG Difference as a Leader - Part 5: A Pat on the Back »
AFTER ENTRY