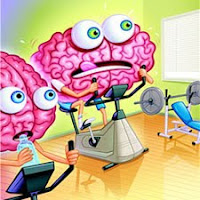 Do you ever just take the time to learn about something that may have nothing to do with your immediate job or personal life?

I never used to. I’ve never been a learner for the sake of learning. I naturally want to gravitate towards what’s “practical” and highly relevant.

If you’re like that too, you may be missing out. Some of the most innovative ideas come from seemingly unrelated fields.

A lot of leaders want to be “more strategic”. Being strategic involves recognizing patterns, making sense out of seemingly unrelated information, and being able to step back and see the forest from the trees. It requires a little knowledge about a lot of things.

This has little to do with IQ, and it’s not some innate trait. It’s a skill that can be developed with deliberate practice.

As a part of my development goal to be practice “possibility thinking”, I’m going to take the time to view the top 10 TED most popular talks.

For those not familiar with TED (from the TED website):

TED is a small nonprofit devoted to Ideas Worth Spreading. It started out (in 1984) as a conference bringing together people from three worlds: Technology, Entertainment, Design. Since then its scope has become ever broader. Along with the annual TED Conference in Long Beach, California, and the TEDGlobal conference in Oxford UK, TED includes the award-winning TEDTalks video site, the Open Translation Program, the new TEDx community program, this year’s TEDIndia Conference and the annual TED Prize.

I’d encourage you to give it a try. Book mark this site, or the TED site, and set a goal to view one TED talk per week. Each one is about 5-20 minutes.
However, instead of “listening for agreement or disagreement” (evaluating), force yourself to listen for possibilities. Suspend your judgment and try to expand your worldview.

Who knows, you might just solve that nagging problem that you just haven’t been able to crack.

2. David Gallo shows underwater astonishments (Incredible underwater footage!)
David Gallo shows jaw-dropping footage of amazing sea creatures, including a color-shifting cuttlefish, a perfectly camouflaged octopus, and a Times Square’s worth of neon light displays from fish who live in the blackest depths of the ocean.

4. Tony Robbins asks why we do what we do
Tony Robbins discusses the “invisible forces” that motivate everyone’s actions — and high-fives Al Gore in the front row.

5. Ken Robinson says schools kill creativity (a lot of good lessons for trainers here too – any funny. i.e“If a man speaks his mind in a forest and no woman hears him, is he still wrong?”
Sir Ken Robinson makes an entertaining and profoundly moving case for creating an education system that nurtures (rather than undermines) creativity.

6. Jill Bolte Taylor’s stroke of insight (this one is amazing!)
Jill Bolte Taylor got a research opportunity few brain scientists would wish for: She had a massive stroke, and watched as her brain functions — motion, speech, self-awareness — shut down one by one. An astonishing story.

7. Arthur Benjamin does “Mathemagic” (who knew math could be so much fun)
In a lively show, mathemagician Arthur Benjamin races a team of calculators to figure out 3-digit squares, solves another massive mental equation and guesses a few birthdays. How does he do it? He’ll tell you.

8. Jeff Han demos his breakthrough touchscreen
Jeff Han shows off a cheap, scalable multi-touch and pressure-sensitive computer screen interface that may spell the end of point-and-click.

9. Hans Rosling shows the best stats you’ve ever seen (talk about changing your worldview)
You’ve never seen data presented like this. With the drama and urgency of a sportscaster, statistics guru Hans Rosling debunks myths about the so-called “developing world.”

10. Kevin Kelly tells technology’s epic story
In this wide-ranging, thought-provoking talk from TEDxAmsterdam, Kevin Kelly muses on what technology means in our lives — from its impact at the personal level to its place in the cosmos.

*Note – the real #10 on the TED list is Al Gore talking about climate change. I substituted the Recent Kevin Kelly talk (similar topic, much better). Apologies to all you al Gore fans, but there’s a limit to my ability to listen and suspend judgment. (-: