You are here Home » IDP 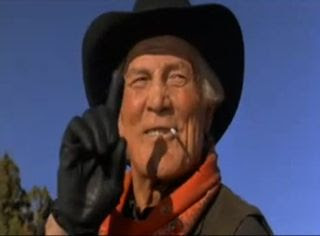 There’s a scene in the Movie “City Slickers” where the lead character, Mitch, played by Billy Crystal, is debating with his ornery trail boss Curly, about the meaning of life. It goes like this:

Curly: Do you know what the secret of life is?
[holds up one finger]
Curly: This.
Mitch: Your finger?
Curly: One thing. Just one thing. You stick to that and the rest don't mean s--t.
Mitch: But, what is the "one thing?"
Curly: [smiles] That's what you have to find out.

I think Curly may have been on to something in regards to how we approach our development as leaders.

For years now, I’ve been working with leaders helping them with their individual development plans. The general rule of thumb I’ve always used is to help the leader pick 3-4 things that they want and need to get better at. These can be strengths to leverage or weaknesses that are getting in the way of their success.

It’s usually never a problem coming up with a few things. The leader may have a keen sense of self-awareness, has recently taken a 360 degree assessment, or received feedback from their manager. Once we identify those 3-4 things, we then build a plan to develop in those areas.

Unfortunately, when I follow-up with the same leaders 6 months to a year later and ask about progress, all too often nothing or very little actually got done. These are not slackers I’m working with either – these are very successful, ambitious individuals.

There are a lot of excuses, errr, reasons, for this. A lack of interest from their managers, a lack of inspection, overly ambitious plans, too busy, and all kinds of other reasons that make it so hard for us to lose weight or stick to our New Year’s resolutions.

However, lately I’ve been following the advice of coaching guru Marshall Goldsmith. When he works with leaders, he’ll ask them “what’s the one thing that if you could show improvement would make the biggest difference in your success as a leader?”

Maybe it’s the ability to listen; or to think more strategically; or to lead change. Then, for the next 6 months, focus exclusively on improving in that one area. Hit that development need with every proven method available: a challenging assignment, a coach, mentor, or other subject matter experts, a good book or course, and continuous feedback.

The approach may serve us well when it comes to organizational effectiveness as well. For example, what’s the one thing your entire sales force needs to focus on and get better at? Nowadays, we are so inundated with so much crap everything can become important and nothing gets done very well. We can overwhelm and confuse our workforce to the point where they tune us out.

I’m certainly not saying something as complex as leadership or organizational development can be overly simplified as to say there’s only one thing you need to pay attention to in order to succeed. Others have already written books on that topic

, and I don’t happen to agree with the theory.

This approach means only focusing on getting better at one thing at a time – then, once you get that nailed, pick another thing and focus on that. It’s a never-ending journey.

I’m betting that the “one thing” approach to leadership or individual development may have some potential. I’ll let you know 6-12 months from now.

How about you? Have you used this approach as a leader or as a coach? Or would you be willing to give it a try?

Note: after I drafted this post, I read about an exercise that Marshall uses that helps bring the "one thing" concept to life. Five to eight people sit around a table, and each person selects one practice to change. One person begins the exercise by saying: "When I get better at..." and completes the sentence by mentioning one benefit that will accompany this change. For example, one person may say: "When I get better at being open to differing opinions, I will hear more great ideas."

After everyone has had a chance to discuss their specific behavior and the first benefit, the cycle begins again. Now each person mentions a second benefit that may result from changing the same behavior, then a third, continuing usually for six to eight rounds. Finally, participants discuss what they have learned and their reactions to the exercise.

The exercise works becuase it gets people to realize the profound difference changing that single behavior can make in thier lives. It often doesn't hit them under the later rounds. People are often moved to tears.

Try It for Yourself. Pick a behavior pattern that you may want to change. Complete the sentence: "When I get better at..." over and over again. Listen closely as you recite potential benefits. You will be amazed at how quickly you can determine whether this change is worth it for you.

« How to be an “Undercover Leader”
What Prevents Leaders from “Connecting the Dots”? »
AFTER ENTRY