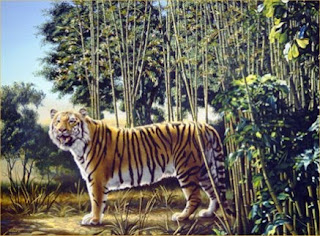 Thanks to Marc Effron, from the Talent Management Network, for bring this to our attention:
Recent research may shake your faith in management gurus who claim that specific business practices cause high performance. In A Random Search for Excellence, researchers report that companies' sustained high performance may simply be luck.

Their research shows that luck alone can account for above average performance for many years. They conclude that many of the best selling management books of recent years aren't really identifying high performing companies but instead are studying firms "with performance profiles that are statistically indistinguishable from fortunate random walks."

I just read the report myself – here’s a summary:

 The genre of management research that we refer to as the “success study” is flawed, including In Search of Excellence

, and Profit from the Core

 The reason they are flawed is because they measured the wrong things and set the bar too low. Deloitte backs this up with lots and lots of statistically analysis and explanation, most of which I found too complex to follow.

 Deloitte is currently conducting its own “success study”, but they’ll use a better algorithm that will better define “great performance” and demonstrate true cause and effect.

 They say the flawed science behind these studies doesn’t mean you should ignore the advice from these authors and gurus. Sure the recommendations can be useful, more in the manner of “fables” than evidence-based advice. For example, no one would read “The Tortoise and the Hare” and go out and bet on a tortoise. Rather, people take from this tale the idea that there is merit in perseverance while arrogance can lead to a downfall.

This report reminds me of what Marshall Goldsmith calls “The Success Delusion”, which explains why it’s hard to convince successful leaders and companies to change. They often attribute their success to habits that have nothing to do with success – it’s closer to superstition than actual cause and effect.

I see the same thing with the “study a bunch of successful leaders and list the traits” genre of books and reports. I've gotten to the point where I won't even read them any more. Instead, I stick with what I believe to be research-based proven models (CCL, Lominder, DDI). But at the end of the day – who knows?

Red is gray and
Yellow white
But we decide
Which is right
And
Which is an Illusion?
From Nights in White Satin, by The Moody Blues

BTW, can you see the hidden tiger in the picture above?