You are here Home » promotion 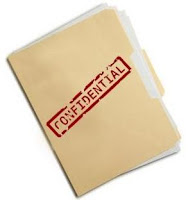 When you work in talent management inside an organization, you often have advance information about which managers are going to be promoted and who’s about to be fired. Maintaining confidentiality is critical; as is being able to hold a poker face when people are speculating.

Unfortunately, people don’t always know why they were promoted or fired. There are times I’d love to be able to just spill the beans, and let the person know ahead of time, and tell them why. If I could, the script would probably be about the same for each scenario.

Congratulations, you’re going to be promoted next month! You sure deserve it. Here’s why:

- First of all, you’ve consistently achieved outstanding results, ¼ after ¼, year after year. Even in this tough economy, you’ve managed to hit or exceed the targets that were established for you. And not just recently – you’ve consistently demonstrated the ability to get results, in any situation you’ve been in.
- You’ve demonstrated the ability to learn and adapt. The last few years, you’ve been given a series of “stretch” developmental assignments. In each one, you quickly got up to speed, got results, and more importantly, developed new skills and incorporated those skills into your repertoire.
- You’ve got rock solid values, including ethics, integrity, credibility, and unwavering respect for others, no matter who they are. We did 360 interviews with your peers, coworkers, clients, and suppliers. Your scores were consistently high on each of these attributes from all stakeholders.
- You’re been committed to developing your people. Quite frankly, given the importance of your current role, we were reluctant to let you go. But you’ve done such a remarkable job developing a pipeline of talent, we have three outstanding candidates from your team to choose from.
- You are seen as a leader amongst your peers. You are the one they turn to for advice and look at to see how you react. They respect you and will have no problem working for you. You’ve demonstrated the ability to reach across functions and work collaboratively for the greater good of the organization.
- You’ve got outstanding “leadership presence”. The executive team respects you, you don’t back down, and are able to influence decisions at every level of the organization.
- You’ve created a motivating and inspiring environment throughout your organization. We’re wondering if there is something in your department’s water coolers. People seem to love their work, are always positive and upbeat, and you’ve got the highest employee engagement survey scores in the company.

Now, don’t forget to act surprised when you get the news.

I’ve got some bad news for you – you’re going to get fired next month. Actually, we won’t tell anyone you’ve been fired – we’ll say you’re “leaving to pursue other opportunities” or “leaving to spend more time with your family”.
This shouldn’t come as any surprise to you, if you’ve been paying attention to the writing on the wall. Some of the clues you may have picked up on are:

- Your performance has been horrible. This has been going on for over two years now, and we don’t see it getting any better.
- You’ve been given every opportunity to be successful in this role. You’ve turned over your entire team (twice) and hand picked their replacements. You’ve been given management training and coaching (although you missed most of the sessions). You’ve shown no interest or ability to learn or change.
- While you used to get outstanding results, you’ve burned too many bridges to sustain those results. You’ve been described as arrogant, aloof, petty, self-centered, and defensive. People just can’t stand working with you.
- You’ve failed to build a team and have been a destructive force on your manager’s team. We’ve tried to do team building, and every time we do, the problems are all about you.
- You can’t be trusted. Last month’s ethics violation is a vivid example of this and the last straw.
- We’ve had more open door and HR issues come out of your department than any other. When HR has tried to work with you, you ignore their counsel.
- Every time we’ve tried to implement a change, you’re the last one to implement it. When it comes to change, the best we can expect from you is compliance (unless it’s your idea). More often than not, you’re a barrier.

As for your replacement, we are already conducting an external search. There’s certainly no one on your team who we would consider, given your team’s lousy performance and the lack of development you’ve given them. In fact, we’ll probably need to clean house and replace most of them thanks to your lack of leadership.
The good news is, being in this position has probably been killing you. It really will be a relief to move on and find something that you can be successful at. You may as well start looking now, and I wish you all the best.

OK, back to reality. I’ll never be able to have those advance conversations, nor would I really want to. However, I sure can spread the word on what it takes to get promoted or fired, before it happens to you!