You are here Home » CEOs 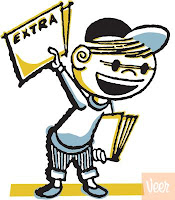 I hereby announce a ban on “What makes CEOs successful” studies. Or at least the silly, misleading stories that report on the studies. Or the ones that I don’t like.

It seems there’s been a bunch of these recently, and I admit, I’m a sucker for them. I read ‘em all, and pass the interesting ones along to my readers.

This one, published as an Op-Ed in the May 18 New York Times, and picked up in today’s SmartBrief on Leadership, just put me over the edge. It’s not so much the study and findings… it’s the way journalists interpret and report the results.
And I admit, I’m guilty of doing the same thing. It’s a way to attract attention and be provocative. The problem is, it’s misleading, confusing to aspiring leaders, and irresponsible.

Here’s the teaser from SmartBrief:

While executive coaches preach the importance of good people skills, the CEO traits linked to success are organizational and execution skills, such as attention to detail, efficiency, persistence and long hours, researchers conclude. "In other words, warm, flexible, team-oriented and empathetic people are less likely to thrive as CEOs," says David Brooks. "Organized, dogged, anal-retentive and slightly boring people are more likely to thrive."

The Times writer, David Brooks, goes on to say “Traits like being a good listener, a good team builder, an enthusiastic colleague, a great communicator do not seem to be very important when it comes to leading successful companies.”

OK, so we're now giving current and aspiring CEOs permission to be @#%holes!?

The characteristics the study actually correlated with CEO success were:

So does this sound like unlovable, boring, and anal-retentive? To me, it describes many of the competencies of a successful executive. Not all of them, but there’s sure nothing new or surprising on the list.

I think we collectively need to spend less time studying what makes a successful CEO, or leader, and more time developing those skills. It’s no secret, we already know! It's been studied, over and over. We’ve known for the last 20 years. Just take a credible research-based leadership competency model (DDI, CCL, PDI, Lominger, Linkage), adapt it to your organization, and focus your efforts on developing those skills.

So I swear, I’m going to try to stop, I really am. No more CEO studies.

And I’m going to stop eating chocolate cake, chicken wings, and Doritos and take off that 5 pounds I’ve been trying to lose.

« The Heart of Leadership
Would Your Peers Vote for You? »
AFTER ENTRY