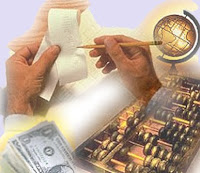 However, there are a few critical financial terms that most leaders need to at least be able to define, better yet, have a basic working knowledge.
That way, the next time you boldly proclaim that your project will have an “awesome ROI”, and some smart alec says “oh really, can you show us your analysis”, you won’t run from the room in tears.

Why not give your finance/accounting person a call, and offer to buy them lunch in exchange for a free tutorial?

Take a pad or tablet, and ask them about a few of the following terms. Go ahead, you’ll have a hoot!

If you already know at least 50% of them, then you can test out, and you get an invitation to the table!

1. Accruals. An amount incurred as an expense in a given accounting period—but not paid by the end of that period. An example would be the electricity bill for a given quarter.

2. Allocation. The process of spreading costs from one expense category to several others, typically based on usage. For example, such corporate overhead expenses as rent and utilities may be charged to departmental units based on square feet.
3. Amortized expenses. The costs for assets such as buildings and computers, which are depreciated (expensed) over time to reflect their usable life.
4. Cost/benefit analysis. A form of analysis that evaluates whether, over a given time frame, the benefits of the new investment, or the new business opportunity, outweigh the associated costs.
5. Direct vs. indirect costs. Costs that are directly attributable to the manufacture of a product—for example, the cost of plastic for a bottling company. Direct costs vary in direct proportion to the number of units produced. Indirect costs cannot be directly attributed to a particular product—for example, the cost of machines that are used in the production of more than one product.
6. Earnings per share (EPS). One of the most commonly watched indicators of a company’s financial performance, it equals net income divided by the number of shares outstanding. When EPS falls, it usually takes the stock’s price down with it.
7. Fixed assets. Assets that are difficult to convert to cash—for example, buildings, and equipment. Sometimes called plant assets.
8. Gross margin. A ratio that measures the percentage of gross profit relative to sales revenue.

9. Gross profit. The sum left over after all direct product expenses or costs of goods sold have been subtracted from revenues.

10. Hurdle rate. The rate of return on investment dollars required for a project to be worthwhile. It is typically a higher rate of return than what would have been obtained by investing the capital in low- or moderate-risk financial instruments.
11. Net present value (NPV). The economic value of an investment, calculated by subtracting the cost of the investment from the present value of the investment’s future earnings. Because of the time value of money, the investment’s future earnings must be discounted in order to be expressed accurately in today’s dollars.
12. Operating expenses. Expenses that occur in operating a business, for example: administrative employee salaries, rents, sales and marketing costs, as well as other costs of business not directly attributed to manufacturing a product.
13. Payback period. The length of time needed to recoup the cost of a capital investment; the time that transpires before an investment pays for itself.
14. Productivity measures. Indicators such as sales-per-employee and net-income-per-employee, which link revenue and profit generation information to work force data, thereby providing a picture of employees’ effectiveness in producing sales and income.
15. Return on investment (ROI). A financial ratio measuring the cash return from an investment relative to its cost.
16. Sunk costs. Prior investment that cannot be affected by current decisions, and thus should not be factored into the calculation of the profitability of an initiative.
17. Time value of money. The principle that a dollar received today is worth more than a dollar received at a given point in the future. Even without the effects of inflation, the dollar received today would be worth more because it could be invested immediately, thereby earning additional revenue.
18. Variable costs. Costs that are incurred in relation to sales volume; examples include the cost of materials and sales commissions.
Congratulations, you made it to the end! As a reward, here’s a joke you can tell your new friend:
What’s an extroverted accountant? One who looks at your shoes while he’s talking to you instead of his own.