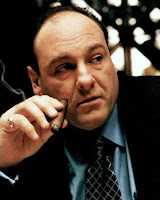 Here’s a cheerful message for the holiday season:
Leaders, when’s the last time you axed an underperforming manager?
Never? Really? Then you’re not leading.
Does this sound a little harsh? Like a chapter right out of “Tony Soprano on Management”?
I’m really not heartless, really. In fact, I’m talking about one of the most compassionate things you’ll ever do as a leader.
Let me explain. Stop me if you’ve heard this story before:
Charlie has worked for your company for a whole bunch of years. He’s loyal, a good guy, but he’s a terrible manager. He hasn’t done anything drastic enough to get fired; he’s just pretty much ineffective. What do you do with Charlie? You can’t just fire him, right? That would be too harsh, and disrespectful, and what kind of a message would that send to employees?
I don’t know about you, but this is a story I hear all the time. It will emerge during talent review meetings. Talking about high potentials and how we’re going to stretch, challenge, and development them is the fun part. But then I’ll suggest that we need to take a look at those managers in the “3C” box (lower left corner, the low performer, low potential group). The room goes silent – nothing but crickets chirping.
After a little more prodding we’ll talk about these underperforming managers, and in many cases, it turns out they’ve been in that same spot for years. I hear a lot of excuses – and sometimes genuine, although misdirected compassion, as to why we shouldn’t fire Charlie and his underperforming colleagues.
I’ll also hear the story of Charlie when I get a call for help. “Hey Dan, Charlie’s at it again, turnover is up, we’ve just lost another one of our star performers, our customers are irritated, etc…, can you have someone from your team give him some coaching? Is there another course we can send him to? How about a book?” And even worse, “How about if we do another round of team building with Charlie and his entire team?”
This is when I usually check my “banned managers” list – the ones who have already been given every developmental intervention we have to offer, and are coming back around for seconds or thirds.
Finally, there’s that heart to heart conversation with Charlie’s manager. The manager really wants to do the right thing, and is on the verge of pulling the trigger. He’s been given every opportunity to improve, and the manager feels terrible that he’s let Charlie down. But he just can’t do it. Isn’t there something else we can try?
In these cases, especially the last one, I’ll sometimes send managers an old, 2003 scanned copy of an article written by Geoff Colvin, a Fortune magazine writer, called “Make Sure You Chop the Dead Wood”. It’s the most convincing case I’ve ever heard to convince a manager to make a decision. Unfortunately, I Goggled and searched and can’t find an online copy, but here’s an excerpt that gets to the heart of it:
Let’s be clear about the corrosive effects of avoiding this problem (underperforming managers). A recent survey from McKinsey is fairly chilling: Keeping poor performers means that development opportunities for promising employees get blocked, so those subordinates don’t get developed, productivity and morale fall, good performers leave the company, the company attracts fewer A players, and the whole miserable cycle keeps turning.
It gets worse. Employees know who the underperformers are. They know that the top executives know who they are. So every day the top team fails to address the problem, it’s sending a message: We’re not up to managing this outfit. Refusing to deal with underperformers not only makes your best employees unhappy, but it also makes them think the company is run by bozos.
Why don’t companies act? Some fear it would lower morale, which is nonsense. Mckinsey asked thousands of employees whether they’d be “delighted” if their company got rid of underperformers, and 59% strongly agreed – yet only 7% believed their companies were actually doing it. Executives often say they leave poor performers in place because they want the company to be seen as humane. That’s just more evasion of reality, of course. As Ed Michaels of McKinsey says, “The attitude is, “Let’s be fair to Charlie. He’s been here 21 years.” But we say, “What about the eight people who work for Charlie? You’re not being fair to them”.
A senior executive at Hewlett-Packard, put it like this: “”I feel there is no greater disrespect you can do to a person than to let them hang out in a job where they are not respected by their peers, not viewed as successful, and probably losing their self-esteem. To do that under the guise of respect for people is, to me, ridiculous.”
Sure, dealing with underperforming managers is hard work. There are often legal issues, and HR will insist on process and stacks of documentation. The path to firing someone is one of the emotionally hardest things a leader will ever have to do.
However, in today’s knowledge based economy and lean organizations, the performance of a single employees matters now more than ever. That’s the only competitive advantage most companies really have.
Managers, if you’re not developing employees and acting on poor performers, you’re not leading. And you’re doing a tremendous disservice to your company, your employees, your customers, and your community. And you’re not doing Charlie any favors.