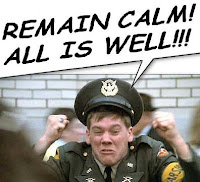 I had the unfortunate experience of working at a public utility during two significant events. The first was when a low level of radioactive steam was released from a nuclear steam generator. It was pretty minor, but happened right after the Three Mile Island incident, as well as the movie “China Syndrome, so it generated a state of panic.

The second was a major ice storm that knocked out power for a large part of the northeast. People were without power for weeks.

I saw how NOT TO communicate during a crisis.
So, here’s a list of do’s and don’ts for leaders on how to communicate during a crisis. It’s adapted from Norman R. Augustine’s "Managing the Crisis You Tried to Prevent" (Harvard Business Review, 1995). Having served as chairman and CEO of Lockheed Martin Corporation; director of Black & Decker, Phillips Petroleum, and Procter & Gamble; and undersecretary for the U.S. Army during the Vietnam War, Norm has years of experience managing in turbulent and uncertain times. He’s also the author of Augustine's Laws.

2. Don't cover up, lie, or hedge.
3. Don't qualify sympathy, as in "We're sorry this happened, but . . ."
4. Don't assign blame. The goal is to resolve the crisis. Finding fault, if necessary, will come later.
5. Don't promise anything that you can't deliver. It is wiser to underpromise and then deliver more, than to overpromise and come up short.
6. Don't walk into a press conference or any kind of presentation unprepared. (Or, at least, try not to.)
7. Do get the facts as quickly as you can, to the best of your ability.
8. Do show up in person. You are the leader, and people want to hear from you.
9. Do give the facts.
10. Do be honest about what you know and don't know.
11. Do acknowledge and show sympathy for human suffering.
12. Do accept responsibility for handling the crisis (not causing it).
13. Do give all the bad news at once. Leaking out bad news a little bit at a time exacerbates the crisis and undermines your credibility.
14. Do make a list of the five questions you would least like to be asked—be assured that someone will ask them—and be prepared to answer them.
15. Do set up a rumor control hotline or website if rampant speculation could fuel the crisis.
« All Dogs Go To Heaven
Reader Question: Team or Individual Recognition? »
AFTER ENTRY